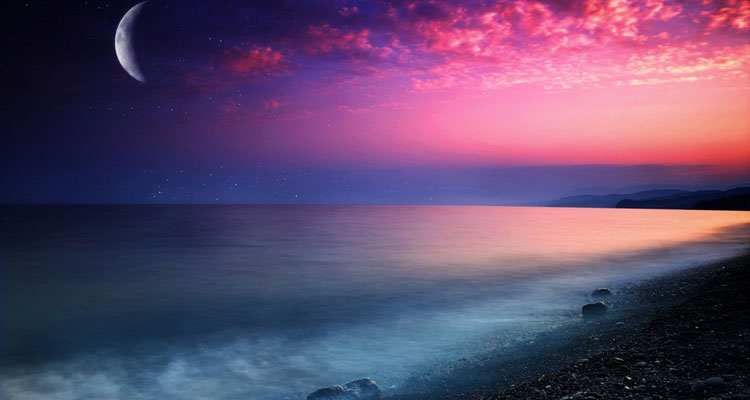 Armin Rose is a photographer in love with nature. His experience as a biologist and his talent allow him to capture the beauty of the natural world we live in, beauty that many of us ignore. He mostly photographs the landscape and the animals of one of the most remote places on Earth,Antarctica. Read more about Armin Rose and his work in this stock photography interview.

Where are you from? Tell us a few words about yourself.

My name is Armin Rose and I come from Germany. I am a scientist and work as a marine biologist at the moment. My specialization is small crustaceans from the Antarctic seas. Before that I worked as an entomologist specialized on a certain group of beetles. I started with photography as a hobby quite early and built my first SLR camera at the age of 13 with an Optikus box for children. I got my first real SLR camera, a Chinon, at 16 and started to shoot insect photos. Later-on my fascination with insects and biodiversity was even bigger than my foible for photography, that’s why I became a biologist. However, I never ceased doing photography and shot a lot of slides, mainly landscapes and insects in the 80s and 90s. In 2001 I went digital while building up an exhibition on the loss of biodiversity on Earth. I finally stopped shooting slides in 2005.

Why did you choose photography?

It was always a great hobby for me (see above). But when I got the first opportunity to work at one of the most remote places on Earth, in Antarctica, I recognized that many people on board of the research vessel were most interested in my pictures though nearly everyone made own ones. I thought it might be a kind of talent and the idea came up that photography might some day be a second business for me, since as a scientist I only worked on short-term contracts. For my following expeditions to Antarctica I bought better cameras and equipment to be prepared. And it paid off. Well, at least somehow.

Could you tell us more about your work?

Since I like travelling and biology, animals and landscapes are my favorite topics. With animals, I try to catch the moment as well as the character of the individual. The latter works best by way of just sitting there and observing a lot. Each animal is a miracle to be uncovered. That I learned from the books of Frans Lanting whom I greatly admire. For landscape photography I work with the same kind of patience. I often make hundreds of shot from scenery until the light is perfect. This mostly takes hours at least. In Antarctica I quite often stood with a sweatshirt on deck shooting pictures and freezing like hell, but unable to go back to my cabin to get my fleece jacket in order not to miss the moment. On board of a vessel in Antarctica the situation is special: the landscape passes by and uncovers new perspectives every second. The light changes and you are simply unable to leave. The next iceberg will surely be the best. Since 2005 I exclusively work digitally. You are far more flexible and don’t have to change the film in the best moment. I also worked with film but don’t miss it anymore.

What stock agencies are you working with?

I work digitally with a Nikon D2X. Since 2005 I exclusively work digitally. You are far more flexible and don’t have to change the film in the best moment. I also worked with film but don’t miss it anymore. For animals and landscape I often use a Sigma 80-400 mmtele zoom or a Sigma 10-20 mm wideangle zoom. For macros I use a Sigma 150 mm macro lens with extension tubes, two Raynox lenses and a Nikon R1C1 close-up speedlite commander kit. This works best for me since I prefer extreme close-ups. I work with a lot more equipment for other tasks (a.o. Canon Powershot A640 for strange perspectives, Nikon D70 for infrared photography). I’d like to have the Nikon D3X and some good full-format lenses for it. Maybe next year…

Any pleasant/unpleasant experience during the Antarctica trips?

I remember a lot of pleasant experiences: e.g. the first iceberg, the first petrel, the first penguin, all my helicopter flights (along the ice edge, over the sea and endless ice deserts, to research stations). Then, the friendship on board of the icebreaker where we stayed and worked together for months. Christmases, New Years Eves and Easter celebrations were so very special far away from home for such a long time. My unpleasant experiences were: extreme sleeplessness after nights of hard work with heavy gear and days with photography (normally one should sleep then, but with that landscape outside??? Never!). Then: freezing to the bones to take pictures. But the worst thing happened shortly after my last expedition: the helicopter pilot, with whom I flew to the German research station before, and a technician died when their helicopter crashed on exactly that route.

What are your favorite subjects?

Landscape, animal, and macro photography. I almost never take pictures of humans, but sometimes I photograph ancient buildings on which you see the corrosive traces of time.

I have always been inspired by the pure beauty of nature, which in one case might be the wing of an insect, in another case the pose of a penguin, or the bizarre form of an iceberg. I will never get enough of this. Every animal and plant, every species, every landscape is different through space and during time. Wait and see.

Are you a full time photographer/illustrator?

No, my first profession is still biologist. Only occasionally I manage to work on my stock portfolios. But as a biologist I am in the lucky situation to be able to combine my profession with my stock photography ambitions. It means much more work on expeditions for me than for the other scientists. But I wouldn’t be able to cease taking pictures anyway, so why not sell them. And it might well be my first profession in future in case I won’t get a contract in biology anymore.

A message/advice for starting photographers?

Have a lot of patience and don’t expect to get rich. Be unique! You certainly should have an eye for a good shot and an own style. But also don’t forget to learn the principles and basics of photography and composition. You can break the rules later, but you should know them.

What other interest do you have beside photography?

Music (I play a lot of instruments and was member of a medieval band and a symphonic orchestra), fantasy role playing, travelling around.

What is your best accomplishment as a photographer?

Being able to see things from different perspectives and to explore nature in a way I would never be able to do without a camera: e.g. with macro photography I often see beautiful details of nature only in my picture, but not when shooting that picture (let’s say of a fast moving insect). With a camera I see more – and less. The latter is the curse of all photographers. With a camera your eyes are more behind the lens than just enjoying the real thing. But having forgotten the camera you might be unable to enjoy a great scenery as well.

Can one make a living from selling stock images?

Generally yes, but to answer for myself, not at the moment. Stock photography paid most of my equipment, but my portfolio is still by far to small to make a living out of it. I live in the German outback and just have a 28k modem connection. When every single picture upload takes 20 minutes and you have a full-time job it is difficult. But, yes, generally it is possible, even though you have to find your niche AND to upload a considerable amount of pictures! For me it is my look on Antarctica (though with a too small portfolio), for others it is another topic and unique style. Many newcomers will not succeed. I suppose just a few percent of all microstock submitters can make a living out of it. These people tell it loud, but there is a vast but silent majority of the others.

What photographic codes guide you?

Bring the nature to the people if the people don’t go into nature! I made some photographic exhibitions and told a lot about climate change and the melting ice shelves of Antarctica. Not the words, the pictures brought the feelings to the people that there is a landscape of endless beauty worth to protect. I want to make people wonder what miracles of nature they simply missed or didn’t pay attention to until the moment they saw that photography.

How do you see the evolution of the photostock market in the next years?

Difficult question for a non-prophet. I see the microstock market growing and the classical stock market shrinking. There will be some more fusions of companies in the next years. I am not sure whether this will result in more, or in less competition among the remaining ones. As a photographer I hope for less competition in order to see the fees rising. For new photographers it is more difficult to enter the market. So many people have a digital camera nowadays and the pure amount of new stock worthy pictures will rise a lot. However, not that great increase of new pictures is needed by the market. Major consequence is that the average number of sold pictures per photographer will decrease. This will be regulated by the market, or, a step before, by the agencies which approve only a lower percentage of pictures. Rising fees would be needed to account for that. Or only a smaller number of photographers will be able to make a living out of their business in future.

Name some of your favorite artists?

I admire the work of Frans Lanting and Andy Rouse, especially Lanting’s way to look at nature and animals as individuals with own habits and characters that can eventually be shown by a good photography.

What do you think about microstock versus macrostock (traditional stock) photography?

Do you have a personal website where you advertise your work?

Be respectful to nature.

Vika Valter – Portraits With A Twist

‹ The Flickr Collection By Getty Images Announces Call For Artists › Free Stock Images: How To Find Them